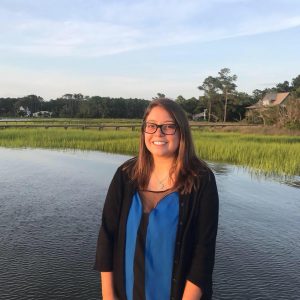 Mollie Yacano (@MollieYacano) is a PhD student in the Piehler Lab based out of UNC’s Institute of Marine Sciences in Morehead City, NC. She is currently working on a project looking at the biogeochemical cycling of nitrogen in salt marshes throughout North Carolina, primarily focusing on characterizing how invasive Phragmites australis performs in comparison to its native counterparts.  She graduated from Boston University in 2017 with her Bachelors in Marine Science and a minor in archaeology. 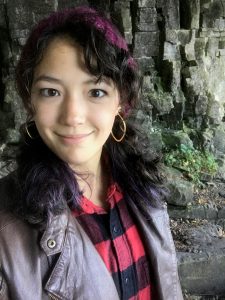 Laura Givens is a second year PhD student at the Duke University Marine Lab. She is advised by Zackary Johnson. Her research currently focuses on marine phytoplankton growth and mortality rates in coastal ecosystems. She is passionate about improving science communication through multiple avenues in order to reach as many people as possible! She graduated from California State University, Sacramento in 2018 with a B.S. in Biological Sciences specializing in Microbiology. 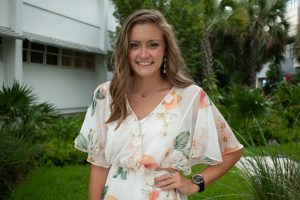 Haley is a 1st year PhD student in the Environmental Science and Engineering Program ( Gillings School of Global Public Health) at UNC-Chapel Hill. She is advised by Dr. Hans Paerl. Her research focuses on the toxins produced by cyanobacteria during harmful algal bloom episodes—primarily the public health risks associated with potential airborne toxins. She is a big advocate of science communication through film-making because she believes documentaries are one of the coolest and most effective ways to share scientific research with the public! 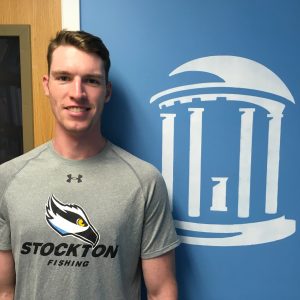 Owen is a Master’s student in the Fodrie Lab at the Institute of Marine Sciences. He studies habitat use of fishes on oyster reefs and relationships between oyster reef restoration and recreational angling. He has also done research concerning how climate change is impacting highly migratory endangered fishes, particularly Atlantic salmon. He graduated from Stockton University in 2017 with B.S degrees in Marine Biology and Environmental Science. 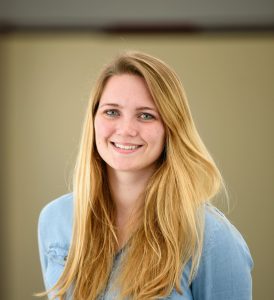 Sarah is a graduate student in the Gittman lab at the Institute of Marine Sciences. Her research focuses on evaluating the effectiveness of restoration in seagrass habitats that have been degraded or lost due to anthropogenic disturbance. She graduated from Clemson University with a B.S. in environmental engineering in 2017. 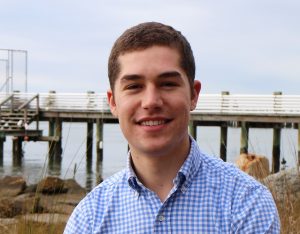 Adam (@acgold_04) is a PhD candidate in the Piehler lab at the UNC Institute of Marine Sciences. His research focuses on how urban land use impacts downstream water quality and nutrient cycling. He graduated from UNC Chapel Hill in 2015 with a BS in Environmental Sciences and in 2017 with a MS in Ecology. 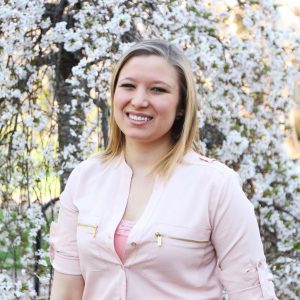 Amy is a Ph.D. student in the Fodrie lab at the Institute of Marine Sciences. She studies the effects of seagrass habitat degradation on the juvenile fishes and invertebrates that use seagrass as a nursery environment. She graduated from Penn State University with a B.S. in biology and minor in marine science in 2015. 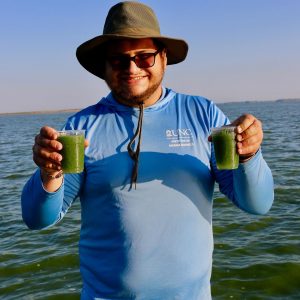 Malcolm (@mabecologist) is currently a PhD student in Dr. Hans Paerl’s Lab based out of UNC’s Institute of Marine Sciences in Morehead City, NC. He is currently working on a trying to understand the environmental factors influencing toxin production in cyanobacterial harmful algal blooms in Lake Erie, the Chowan River (NC), and Lake Taihu (China). He graduated from the University of Georgia in 2017 with a B.Sc. in Ecology and certificates in Water Resources and Environmental Ethic.

Chelsea Brown is a research technician in the Piehler Lab at  the UNC Institute of Marine Sciences in Morehead City. She is working on several projects in the Piehler Lab, including the development of a stormwater management model for the NC coast as well as independent research projects. She graduated from UNC-CH with a Bachelors in Environmental Science and minors in Marine Science and Geography. 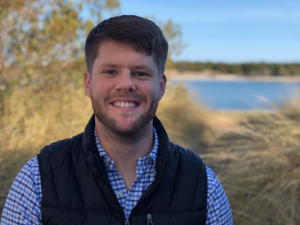 Matthew Price is a fourth-year PhD candidate at UNC in the Department of Environmental Science and Engineering. He is interested in studying the environmental effects of stormwater on the Rachel Carson Reserve off the coast of Beaufort, NC. Growing up in a family full of k-12 educators, he has a profound respect for all the hard work teachers do. Participating in SciREN gives him the opportunity to share his expertise with educators and give back to those that ultimately inspired him to pursue a career in science.