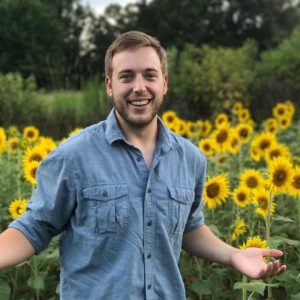 Jacob is a PhD Student at Duke University studying the evolution of spines and the biomechanics of puncture. Jacob recently became a SciREN Triangle team member in 2017, and looks forward to working for SciREN Triangle for many years to come. In addition to SciREN, Jacob chairs the graduate student committee for PBO (The Physical Biology of Organisms), a consortium of scientists from six local universities that study organisms in the context of their biomechanics and physical environment. 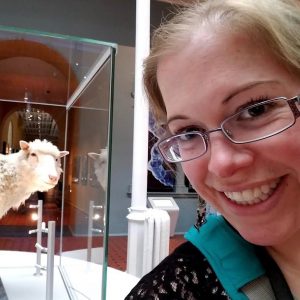 Stephanie wears many hats. During the day, she is a research technician in Biomedical Engineering at NC State. In this capacity, she manages two labs in the department and spearheads outreach efforts for these labs and the department as a whole. By night (well, evening), she is a graduate student in Science Education and is interested in exploring scientists’ motivations for engaging in outreach as well as examining the effects that these efforts have on scientists. She hopes to graduate in 2022, but as a part-time student, there’s a lot of wiggle room. On the weekend, she does science-themed birthday parties for kids and hangs out with her two dogs. 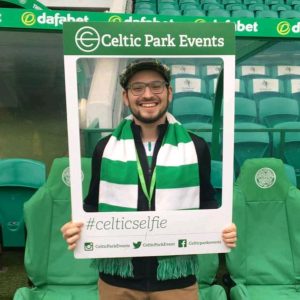 Josh is a PhD student in Astrophysics at UNC Chapel Hill, who studies white dwarfs and builds astronomical instruments. He is also a coordinator for Astronomy on Tap in the Triangle (@aottriangle), the North Carolina branch of the worldwide event series which brings short and accessible talks on astronomy to the public, over beer! Josh joined the SciREN team in 2019, hoping to further the cause of science outreach in the Tar Heel State. Ask him for whisky recommendations as well! 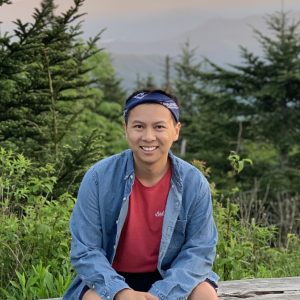 Jason is a PhD student in Biology at Duke University. He studies animal communication, animal weapons, and sensory biology. Jason joined the SciREN team in 2019 and is excited to promote science outreach in the Triangle! 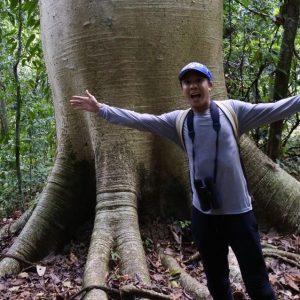 Justin is a PhD student at Duke University and is investigating how and why organisms are able to generate ultrafast movements. Examples include the trap-jaw ant which can snap its mandibles shut in a fraction of a millisecond or the witch hazel plant which shoots its seeds out of specialized fruits. He joined the SciRen Team in 2019 after presenting at the 2018 SciREN Triangle Networking Event as a researcher. 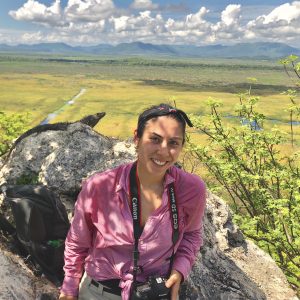 Anna Kudla is a PhD student at Duke University who is broadly interested in understanding morphological diversity of insects and the mechanisms that influence it. Specifically, she is studying treehopper pronotal structures and butterfly wing shape. Before coming to graduate school, Anna spent four years teaching 6th, 7th, and 9th grade science. She joined the SciREN team in 2018 to help bridge the gap between educators and researchers. 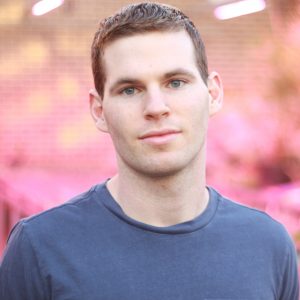 Jake Nash is a PhD student in biology at Duke University researching the microbiome of the largest organism on the planet – a large multi-stemmed aspen tree in southern Utah. When he is not fawning over wild mushrooms in the woods, you can find him tending to his houseplants or baking with large amounts of butter. Jake is a newcomer to SciRen as of Spring 2020. Before coming to Duke, Jake was working with a research team to improve soil health in Christmas Tree farms. 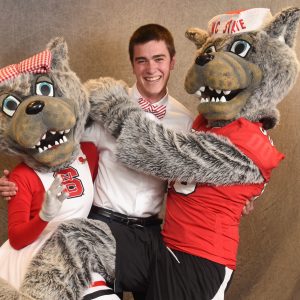 Zachary is a PhD student in Biomedical Engineering at NC State. He is currently working on developing micron scale 3D printing techniques for applications in orthopedic tissue engineering. Outside of the lab he has always enjoyed learning about and introducing science to others like explaining the mechanics of sailing to kids as a sailing instructor. He is originally from Eastern NC and joined the SciREN team in 2019 to help give back to the region through outreach in the hopes of inspiring the next generation of excited scientists. 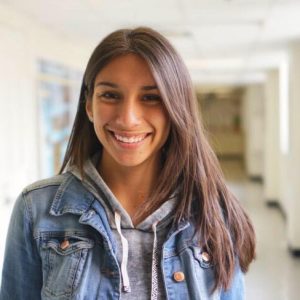 Anne is a PhD student in the Marine Sciences Department at UNC-Chapel Hill studying estuarine nutrient dynamics and the spatial relationships between nutrient sources and sinks. Before becoming a North Carolinian, Anne founded a summer education program for middle schoolers in South Florida. She a new SciREN team member and is looking forward to contributing to science outreach in the Triangle area! 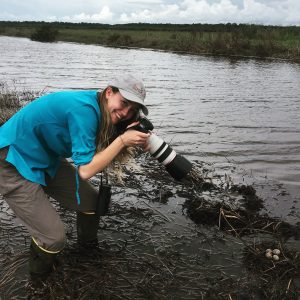 Clara Howell is a PhD student in the Duke Biology Department. She studies how disease and life history (how an organism allocates resources over different stages of its life) affect sexual selection in songbirds. Before coming to Duke, she got a master’s degree from the University of Tennessee, where she studied how heat and cognitive ability affect song. Clara joined SciREN in the Spring of 2021. 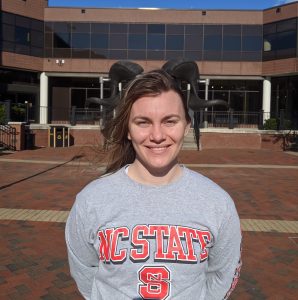 Kyla is a PhD student at North Carolina State University and the University of North Carolina at Chapel Hill. She studies biomedical engineering and how nerve injuries that occur at birth alter bone shape and properties in the shoulder. Before starting graduate school, Kyla volunteered as an Engineering Student Ambassador for Virginia Commonwealth University’s College of Engineering to introduce high school students to biomedical engineering. Kyla joined the SciREN team in 2021 and after presenting at the 2020 SciREN Triangle Networking Event as a researcher. 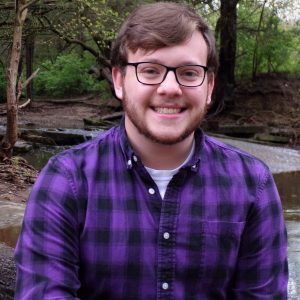 Jacob D. Thompson is a PhD student at North Carolina State University in the Joint UNC & NCSU Department of Biomedical Engineering. He is currently working on understanding differences between distinct bundles of the anterior cruciate ligament (ACL), specifically looking at the role of sex hormones in modifying ligament structure and function. Before coming to North Carolina, Jacob participated in local outreach programs through the Biomedical Engineering Student Society at the University of Iowa. Jacob is excited to join the SciREN team in 2021 after participating in the 2020 Virtual SciREN Networking Event. 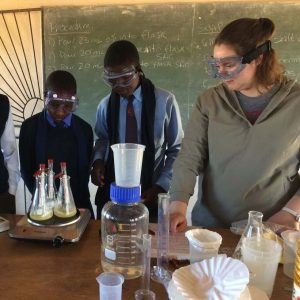 Melanie is a Ph.D. student at UNC in the Department of Earth Marine and Environmental Science. She is a member of the Gifford Lab for Marine Microbiology. Melanie studies how microbes such as bacteria and algae influence the carbon cycle. She brings organisms from the Neuse River Estuary in coastal NC back to the lab where she sequences DNA and RNA to understand who is there, what nutrients the microbes are using, and how they respond metabolically to changes in the estuary. Melanie loves talking to classrooms about science and sharing her passion with young minds! 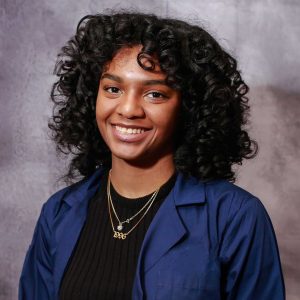 Aliyah is a PhD student in the Marine Sciences Department at UNC-Chapel Hill studying hurricane impacts on the skeletal growth of coral in the Florida Keys. Aliyah is also known as the Founder and CEO of MahoganyMermaids, an organization geared to educating and uplifting children of color, specifically in the aquatic sciences. She is a new SciREN team member joining in 2021 and is excited to expand her science outreach throughout the Triangle. 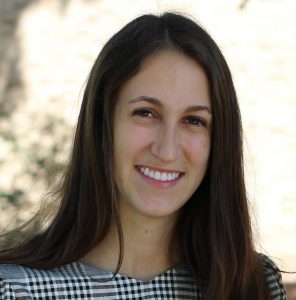 Elise is a PhD student in the Biology Department at Duke University. She studies the overlap between anthropogenic change and infectious disease in primates with a focus on finding viruses that could potentially be transmitted from humans or invasive animals to lemurs. Elise graduated from the University of Notre Dame in Spring 2020 where she majored in Biological Sciences and was an undergraduate researcher with the Amboseli Baboon Research Project. Elise joined the SciREN team in Spring 2021.